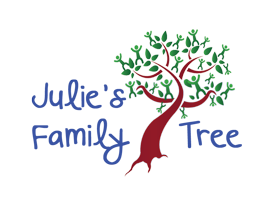 My Great Grandmother was Nina Smyth Clifford who was born in 1895 in Worcester to Harry Clifford and Nina Smyth..

I have discovered that she was one of four daughters in the family (one of the daughters died before the age of two) and that Nina had a twin sister. Her name was Honor Gott Clifford, so both twin sisters had middle names that were a previous surname in the family. They also had an older sister called Irene. I have a wonderful photograph of the three girls with their mum, i have been told it was taken at the occasion of being "presented at court" so i am presuming a "Debutante" type ball. The problem being the girls all look very similar, and even my grandmother and my great uncle cannot determine which one was actually my great grandmother. Everyone who looks at the photograph thinks the twins are a different combination - my goal would be to actually be able to identify which daughter was which, but I am not sure how to go about this, as even their children are unable to identify which one was their mother! I am estimating that the photo was taken about 1913, I wish the dresses had also been passed down as well as the photo as the dresses look lovely! There was also some confusion over the ages of the twins, My great Grandmother was actually 7 years older than everyone thought she was!

Harry Clifford who was born in 1859 to Frederick Clifford and Caroline Mason, was a Reverend and a Minor Canon at Worcester Cathedral, a precentor at Pershore Abbey and was Vicar of Haxey. He was trained at All Saints Oxford. His wife who was Nina Smyth was also a Vicars Daughter, so I presume they met somehow through Harry's and Nina's Fathers occupation (ie the Church). This occupation definitely runs in the family as my Great Uncle is a Minister in the Church of Scotland.

Harry's father was Frederick Clifford, I had the information that he was born around 1828 in Kent, and that he was a Barrister but the family were definatly hard to trace. Many thanks so Sue Miles, Pam Cartwright and Anne Davey in very distant places who gave me great excitement and relief that the reason his family were so elusive was in fact they were not Clifford's by birth! In 1859 Frederick and some of his family, and at a later date most of the family, changed their surname to Clifford from Catt! So my father who has the middle name Clifford as it used to be a surname should in fact have Catt as his middle name! I have a photocopy of the letter dated 1859 where Frederick stated they were changing the surname as Catt was too embarrassing - I don't think the name is that bad but perhaps in the 1800s it had other meanings or reason for embarrassment.

Frederick as well as being a Barrister, had been an editor of a local paper in Gillingham in 1851. Frederick also owned coffee estates in India, at Margaddi Sullabile, Kadur District, Mysore, and an estate called Kerkie Coondah, Kadur District. He lived in Lambeth and Kensington.

I have information of Frederick's ancestors going back to the 1600s where the family were based in Thurnham in kent.