The connection to the above branches of my tree are through my 3rd Great Grandmother Jane Ewart Gott who was born in 1825 in leeds. She was married to the Reverend Hugh Blagg Smyth. This couple named their children with some very fancy names including up to 3 middle names, and once again as in other parts of my family, the middle names represent previous surnames.

Jane's mother was Margaret Ewart (born 1795 in Liverpool) who was married to William Gott. This couple met when Margaret stayed with some school friends in her school holidays, who were Williams sisters. Margaret was buried in Armley Chapel, and on our visit to Armley we saw her grave (although this is now outside of the present church)

Maragrets father - William Ewart (my 5th Great Grandfather)(b:1763) was in the cotton business (which fits in with his daughter marrying into the Gott family who were big in the Mill Business) in a firm called Ewart, Rutson and Co in Liverpool (i believe). Rutson is also another family connection. William appears to have been a figurehead of Liverpool as he was involved in Politics, he was granted the freedom of the city in 1798, and Joseph Gott (a relative and a well known sculptor) created a life size statue of him (its in the chapel of st james cemy. now the mount cemy. which has been closed and used as a bird sanctuary in liverpool just below the anglican cathedral, when visiting Liverpool the curator of the museum which holds the statue, opend up this area, so i could have my photo taken with the statue). I have  discovered that William was the Godfather of the Prime Minister William Gladstone. I had been trying to discover for quite a while if there was some link from my family to William Gladstone as he has the middle name Ewart. Although there is no actual family link, the famalies were good friends and buisiness partners., I think this is quite interesting and a definite family find. - . William also left quite a bit of money in his will to his children. Descendants of William ewart appear to have been quite influential people, holding powerful positions and employment in the area of religion, politics and the army, with some members also marrying into well known families. Below are some photos of a Pub and plaque dedicated to Ensign Ewart on the Royal Mile in Edinburgh, near the castle, I don't currently have Ensign on my tree but as Ewart is not a common name assume he is a relative in some way. As mentioned on the Smyth page, you have to be prepared for family finds which may be upsetting or challenging. And although William Smyth appears to have done a lot for the people of Liverpool, he was a slave ship owner, and in business with John Gladstone. A very well made, interesting and eye opening BBC documentary featured John Gladstone and his plantations and slave ownership in the carribean.which is not nice to think my ancestors were this involved, but this is an aspect of genealogy that you need to understand - history happened and is real and unfortunatly we cannot change the past - just the future.   Most people know the abolition of slavery to be the results of William Wilberforce in 1807, but this only abolished the transatlantic trade of slaves, not the actual ownership. William Smyth continued to caimpaign for slavery, until 1883 when the next act came into place, the abolition of slavery. But William Smyth, along with many others pleaded to the british government that they were not out of pocket from this act of parliament and they should be reimbursed. So William Smyth along with many others actually received large amounts of money from the british government to compensate them! this is even more distateful but actually happened -i am pleased now that none of the wealth from this branch came down to my immediate family,

Williams father was John Ewart (b:1716), who was a Reverend at Troqueer chapel near Dumfries where he was minister for 56 years until his death in 1799, he managed to persuade locals to fund the building of the new parish church in 1770, with a few alterations is still the same today. I have discovered that the Future museum in Dumfries has a miniature portrait of both John and his wife Marie (my 6th Great Grandparents).Marie was born in 1730, her father was Joseph Corrie, Provost of Dumfries. which i would love to be able to view.

John was one of 11 children born to Andrew Ewart, who was another Reverend, at Kells in Scotland! I have quite a few relatives, especially on this branch who were Parish vicars, and i still have a Great Uncle who until recently waspreaching in Scotland today. 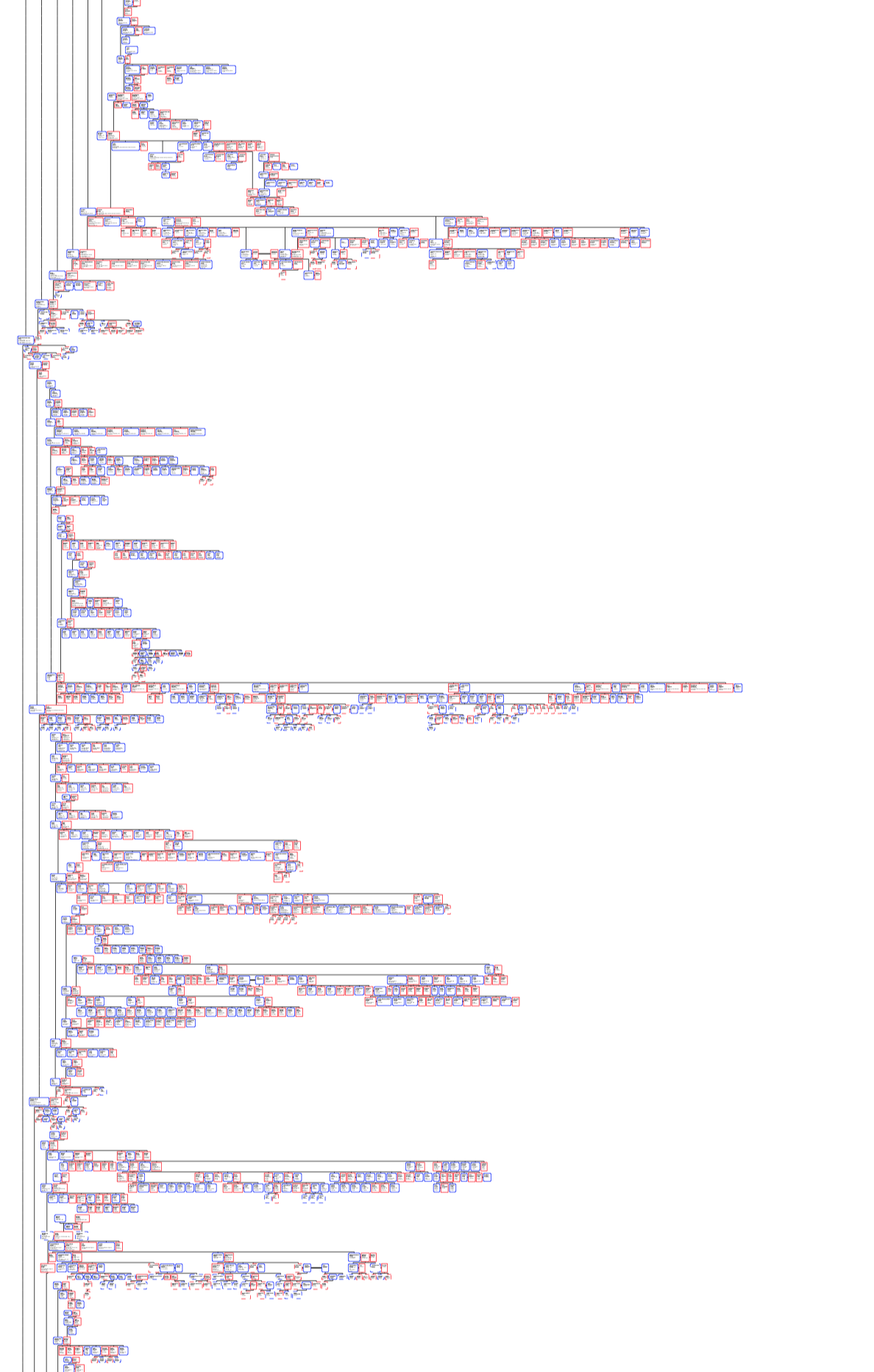 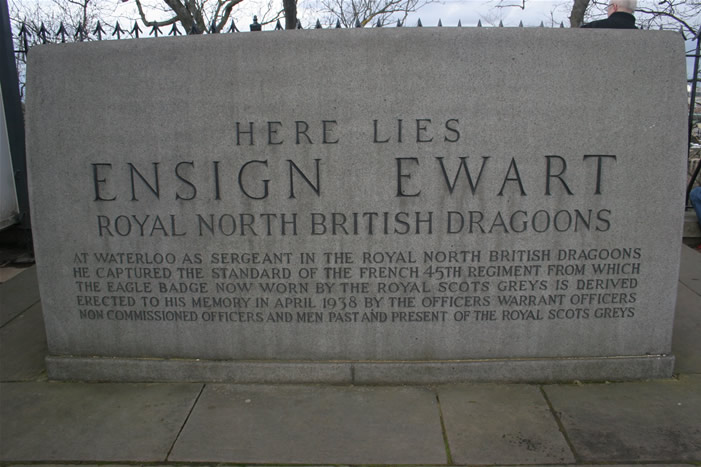 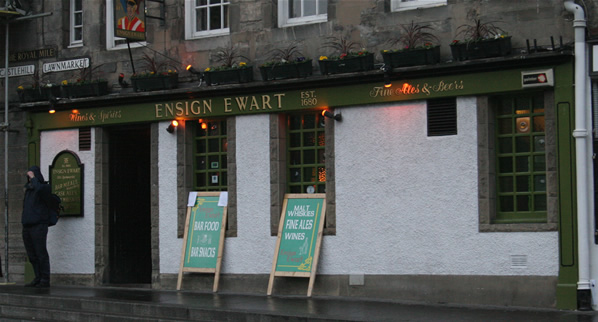 Margaret Ewart, mentioned above, my 4th Great Grandmother, had a brother called William Ewart (b:1798) became a well known M.P for various area including Liverpool and Dumfries. Williams legacy lives on in that he was the MP who introduced the "Public Libraries Act", and today many libraries have a "Ewart" building, branch or section, this information thrilled me as I love Libraries (I am a complete bookworm)and can spend hours in them!

Please see the Ewart Website for more information on Ensign Ewart, William Gladstone and other Ewarts.

I had been told that an ancestor on this branch escaped from the French Revolution to England but during this time, lost an unborn child (presumably a still born birth) and there was a mourning ring in possession of a family member. I have been unable to discover any more information on this story, so another quest to add to my list! Also to note in connection with this is that Margaret Ewart's Mother was Margaret Jaques who was born 1773 in Bedale Yorkshire but the name does sound French, so perhaps the story has a basis in this line somewhere.

Margaret Jaques parents are Christopher Jaques (who i know very little about) and Margaret Beckwith. Margaret came from Thornton Watlass in Yorkshire and on Ancestry.coms world tree site, found details of her family going back to John De Malebisse in 989 who came from Normandy!!!!(the family were wealthy landowners and all were titled,. to trace them back this far they need to be!)